Is North Carolina Rural or Urban? By Michael Cline on 11.19.20 in Carolina Demographics

Considered a rural state for most of its history, North Carolina has become increasingly urban. But does that mean we are an urban state and our rural areas are waning? Not exactly.

The urbanization of North Carolina holds true regardless of how one defines rural and urban. One definition of urban and rural is simply the population living within incorporated villages, towns, or cities (municipalities) – defined here as “urban” – and the population living “out in the country” or in unincorporated areas – defined here as rural.

Under this definition, North Carolina transitioned to a majority urban state during the 1990s. The 2000 Census found that 50.4 percent of the North Carolina population lived in incorporated municipalities.

Where North Carolinians Live in Town

Physical barriers, historical patterns of settlement, and industrialization shape today’s urbanization (See Figure 1). The most urban counties form an urban crescent in the Piedmont (an area anchored by Wake, Forsyth, and Mecklenburg Counties). The most rural (as measured by the percent of the population living in unincorporated areas) remain in the areas along the northern coast in the Outer Banks and in the mountains in the far west. 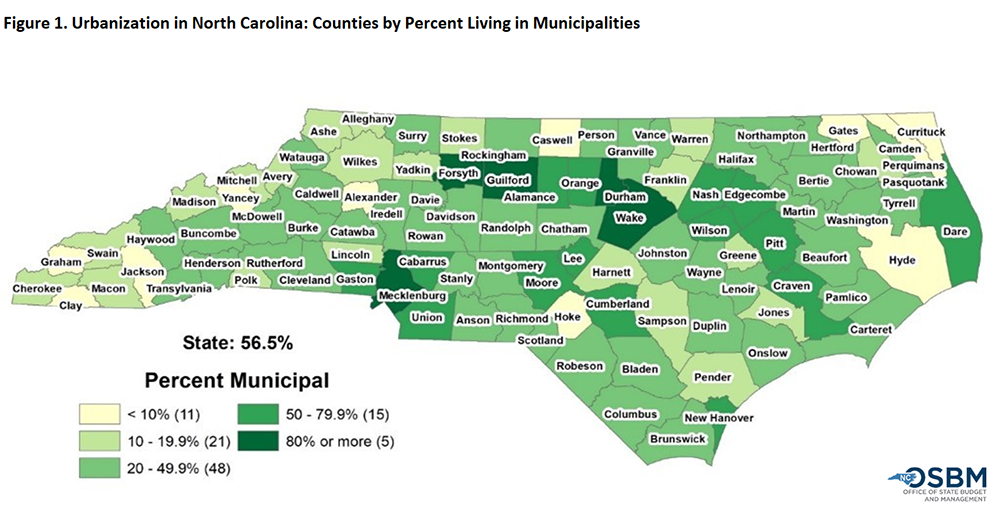 The largest populated county in the state is also the most urban – 95 percent of the population of Mecklenburg County lived in Charlotte or another incorporated municipality within the county (see Table 1).  The next most urban was Durham County – at 86 percent (273,628 people). 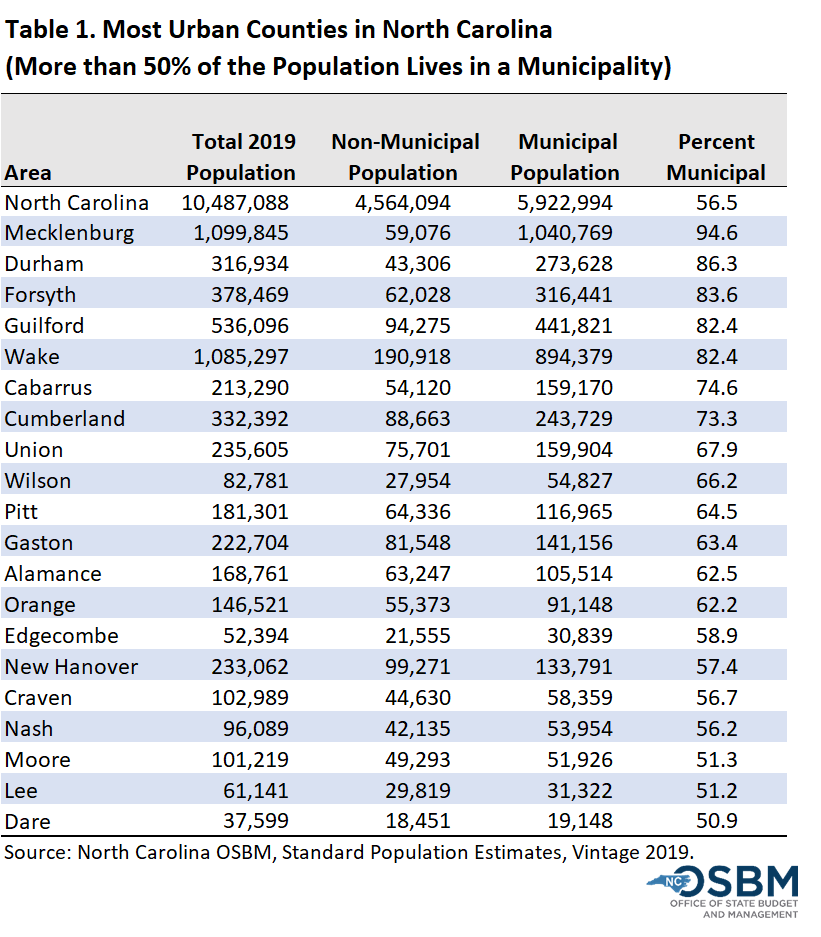 …And Where they Don’t 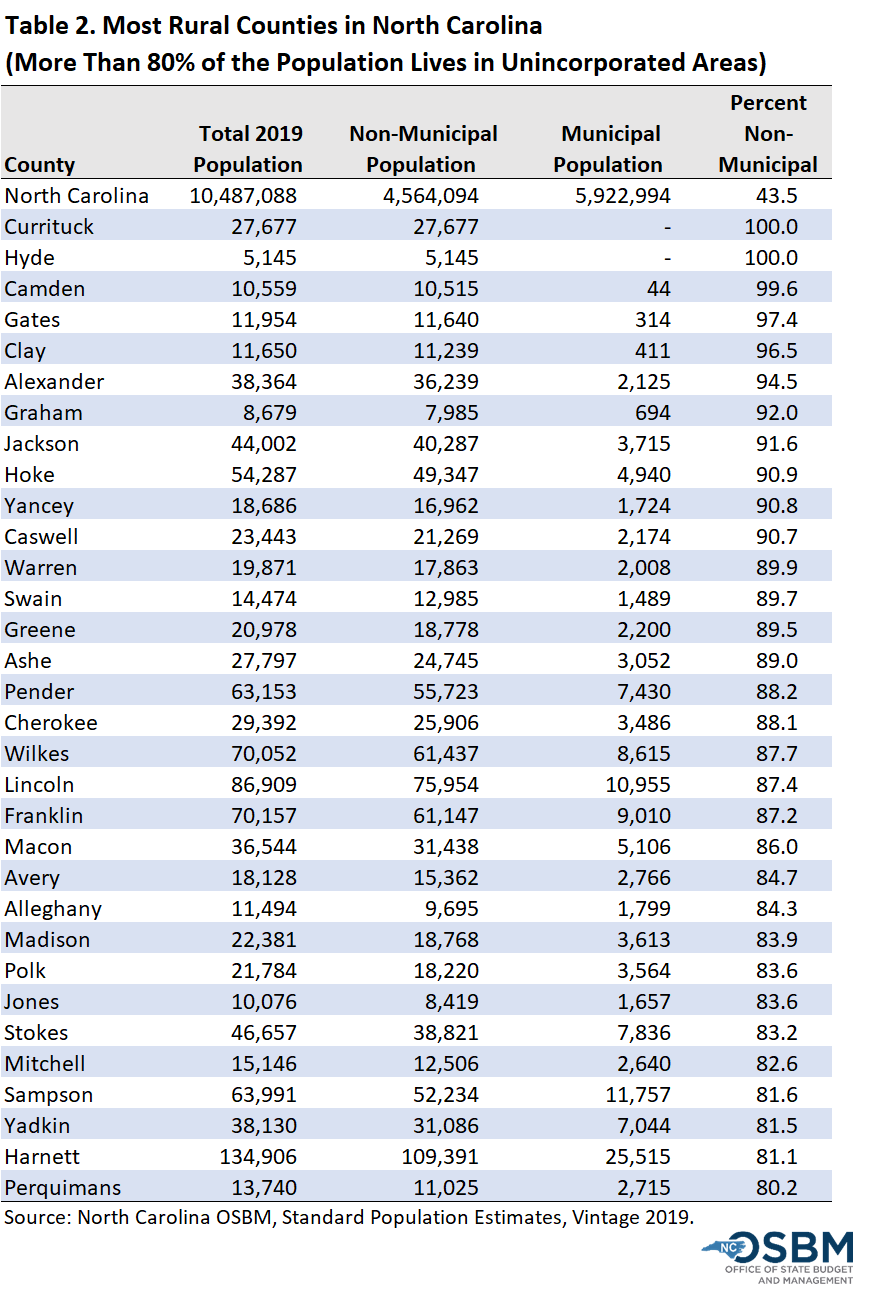 All of the population of Currituck, Hyde, and,with the exception of 44 people living within Elizabeth City, Camden Counties lived in unincorporated areas. In addition, in 20 counties, there were no incorporated places of 2,500 people or more (a threshold traditionally used by the US Census Bureau and others to define urban places).

So, while North Carolina is a more urban state than it was 10 years ago, majority of our counties remain characteristically rural. The state will continue to be challenged by balancing the demand for transportation, education, health and other services in growing urban counties while maintaining the needs of a diverse and extended rural population and areas.