Still, North Carolina has fared much better than other states. During this same period 16 states experienced population loss and another 14 gained less than 10,000 people.  North Carolina remains an attractive place to live and work. 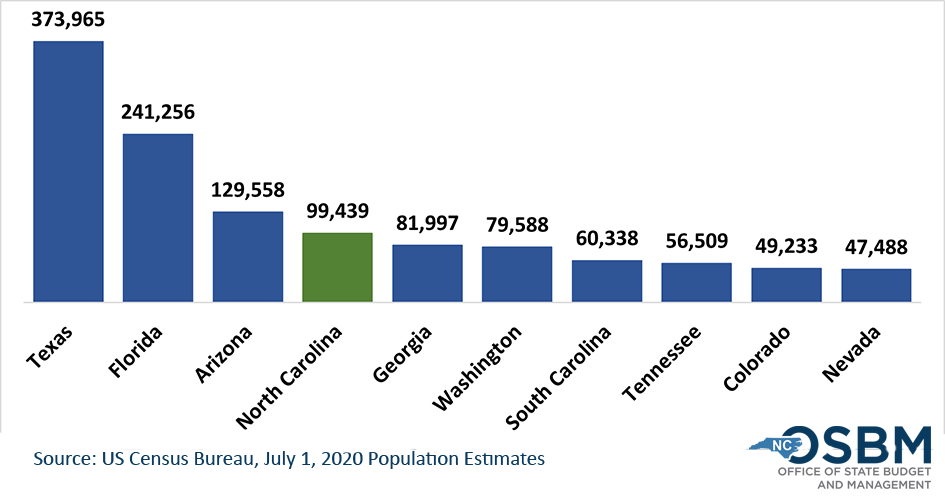 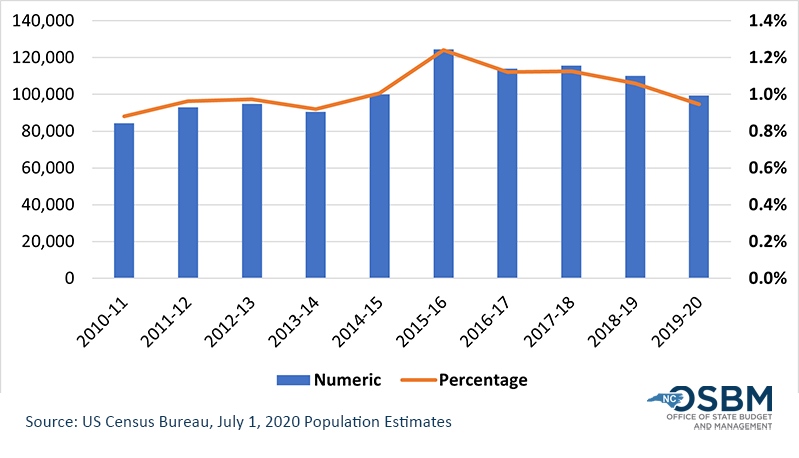 What’s Driving NC Growth and What Does It Mean for Post-COVID Era?

Relative to other states, North Carolina’s economy has remained strong since the Great Recession – and investments made long ago have made North Carolina an attractive place to do business.  Most people who move to North Carolina from another state do so in order to take a new job or transfer their current employment to a new location. Opportunities here mean that more people move to North Carolina than move elsewhere.  North Carolina’s natural amenities (mountain, beaches – and much greenspace in between) and the cost of living make it an attractive place to live – which means that others may choose to live here in retirement as well. Previous estimates have shown that about 2/3rds of our growth since 2010 was due to net domestic and international migration.

While there may have been some people moving from other states to “shelter in place,” the temporary “COVID birds” would not be reflected in these population estimates, which include only the permanent resident population. We do not know yet how many of these people may decide to enjoy what North Carolina has to offer year-round and post-pandemic, but we will continue to monitor this issue and other short- and long-term impacts of the Coronavirus on population change – including the impacts on deaths, births, and migration, and will share that information in future blogs.

According to these estimates, North Carolina added about 1.1 million people since 2010 (Figure 3) – the fourth largest increase after Texas (+4.2 million), Florida (+2.9 million), and California (+2.1 million).  At 11.2%, this was the 12th fastest percentage growth nationally over the decade. 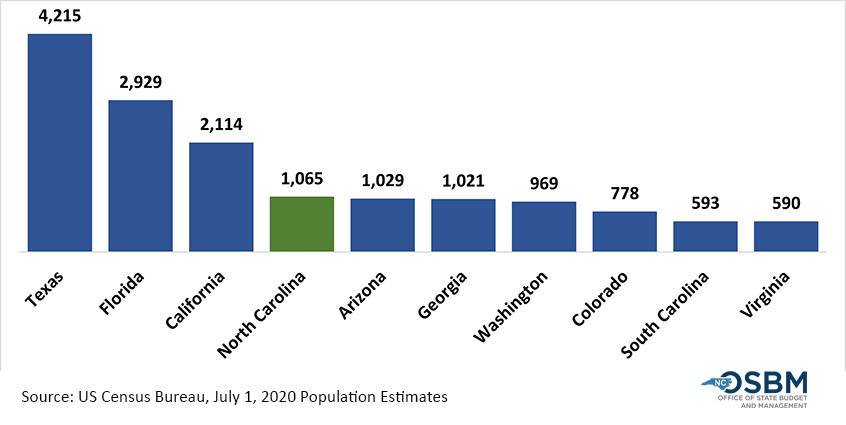 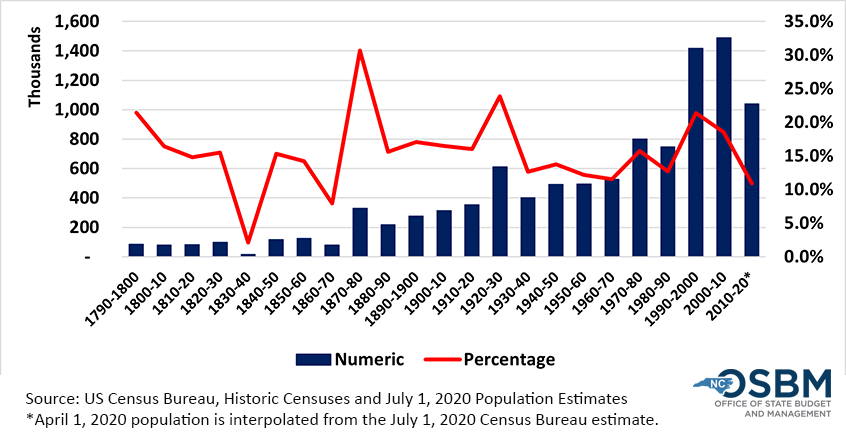 Looking Ahead to 2020 Census Counts

These are the last set of population estimates that will use the 2010 Census as a base and will be used to evaluate how well the US Census Bureau estimated the population during the previous decade.

Beginning next year, the US Census Bureau (and my office) will begin using the 2020 Census counts as a bases for state, county, and municipal population estimates. In a normal decennial year, we would receive the state population counts by December 31st – but of course, this has not been a normal year.

The US Census Bureau anticipates releasing the apportionment counts soon, though no official date has been set yet.  We will keep you posted!