By Michael Cline on 12.22.21 in Carolina Demographics, Migration

North Carolina’s population growth continues, despite the challenges brought on by the COVID-19 pandemic. The state gained more people than all but Texas, Florida, and Arizona. 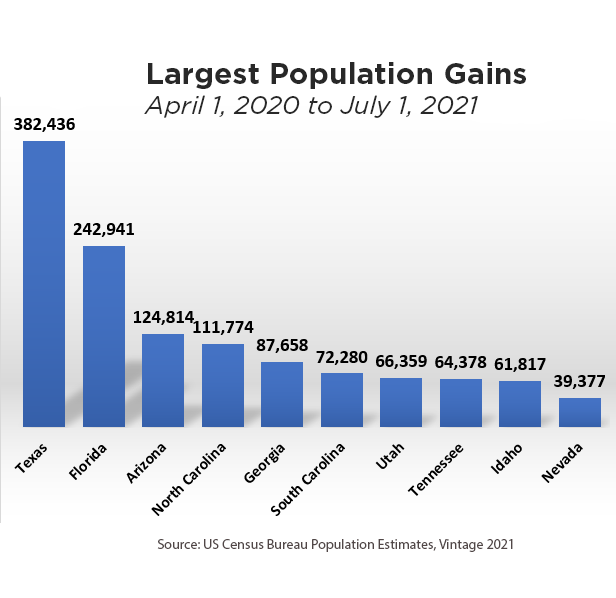 During the period covered by the Census Bureau’s estimate, 114,000 more people moved to North Carolina than left – with the overall majority (107,000 or 94%) coming from other states.

Nationally, the population grew at the slowest rate since the nation’s founding (0.1%). The pandemic affected key drivers of population growth by limiting immigration, lowering pregnancy rates, and leading to early deaths for thousands of Americans.

The South was the only region of the country that had a positive net migration. The West saw population growth in the same period, but it was attributed to natural increase and net international migration. Meanwhile, the Northeast lost population.

See the Census Bureau release for more details on the national results of the 2021 population estimates.