By Michael Cline on 12.22.22 in Carolina Demographics, NC in Focus

Dr. Michael Cline is the state demographer for North Carolina at the Office of State Budget and Management and has given us permission to re-post his content here. Each year, he publishes population estimates and projections for North Carolina and its counties. This piece was originally published on the OSBM blog.

The latest population estimates published by the US Census Bureau show North Carolina’s growth in the past year exceeded the average annual growth during the previous decade.

North Carolina’s population growth is bouncing back from the depth of the COVID-19 pandemic. According to the latest population estimates published by the US Census Bureau, North Carolina’s strong growth in the past year exceeded the average annual growth during the previous decade – driven almost exclusively by the number of new migrants to North Carolina.

North Carolina Continues to Be a Prime Destination

The net gain in population from people moving to North Carolina from other states remains strong – adding about 100,000 new North Carolinians over the past year. This net domestic migration was a little less than that for the previous period (at 105,000) but more than double the average annual net gains from other states during the 2010s.

Overall, domestic and international migration accounted for 95% of the state’s growth in the past year. The remaining growth was attributed to natural increase – 6,000 more births (122,000) than deaths (116,000).

Comparing North Carolina to Other States 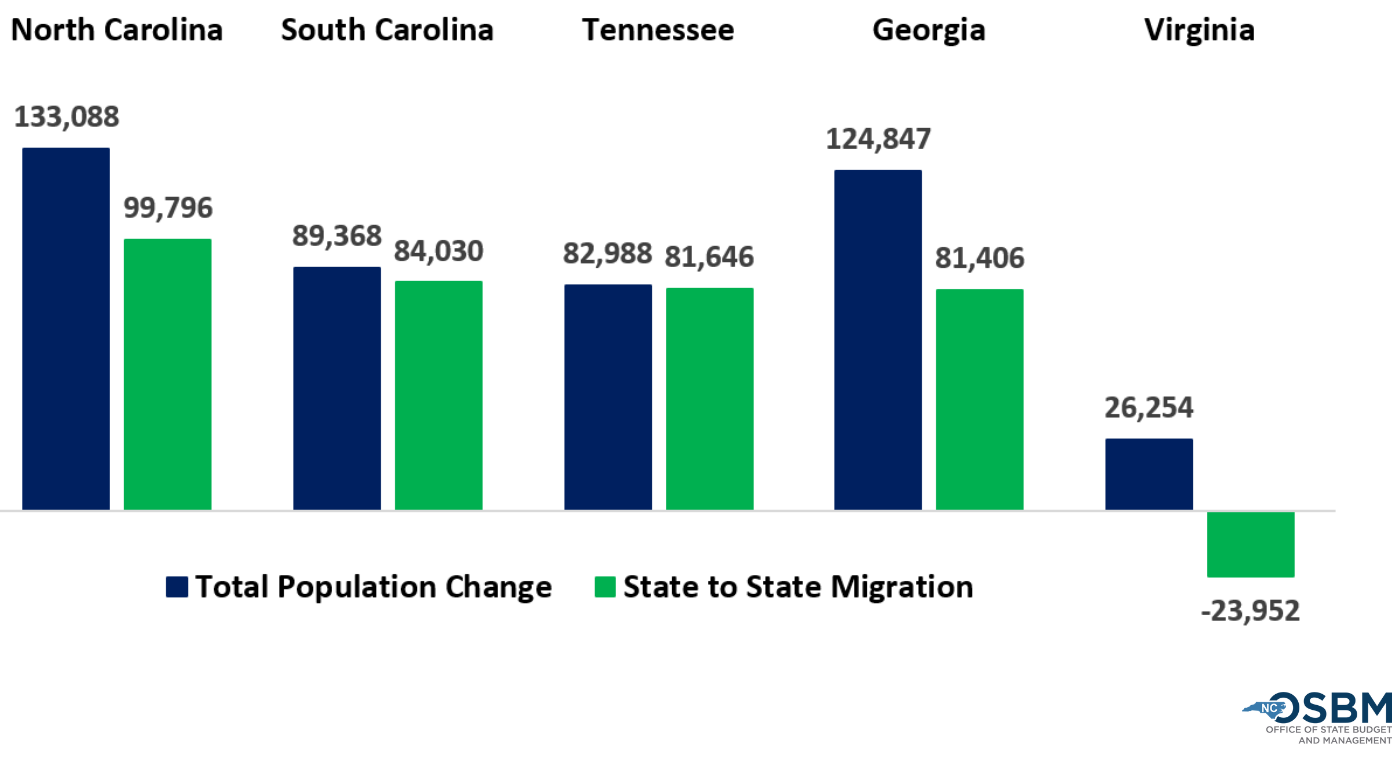